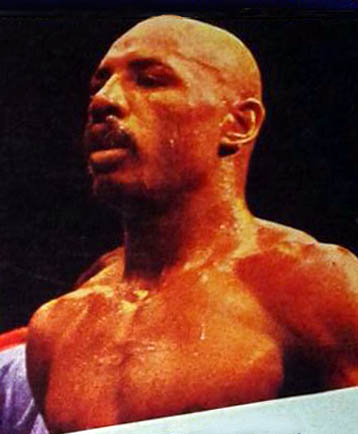 I'm sad to hear of the sudden death, at age 66, of Marvelous Marvin Hagler (his legal name), undisputed World Middleweight Champion from 1980-87, and, in my opinion, the greatest boxer, pound-for-pound, of all time. He retired when he got robbed by the judges after giving Sugar Ray Leonard a boxing lesson. Later, when Leonard suggested a rematch, Hagler said, “Tell Ray to get a life.”

If there's ever been a better fight than his (almost) three rounds with Thomas Hearns, I've never seen it.